Yokohama Photographs of the 1923 Kanto Earthquake by Ranso Wolff

In two previous posts I talked about the treasure trove of old Yokohama photographs tied to Helm Brothers that I got a hold of after the translation of my Japanese book came out. The photo albums were in the possession of Joji Tsunoda. It was Joji’s father, Ranso Wolff, who was born in 1894 and worked for my grandfather Julie and great uncle Charles, who took the photographs. Ranso’s father,  worked as a manager of the docks for my great grandfather. Here they are the photographs. This post has more about how I connected with Joji. This post talks more about Joji and his father. 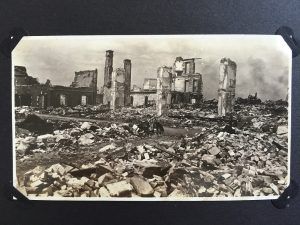 The scene of Helm Brothers’ headquarters after the 1923 earthquake 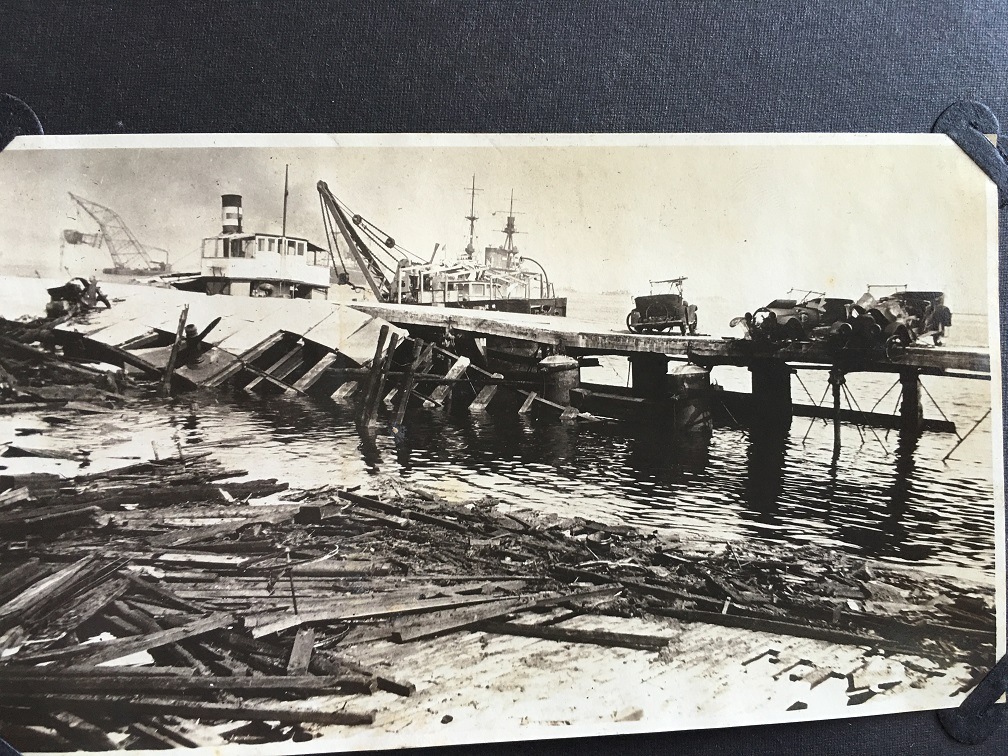 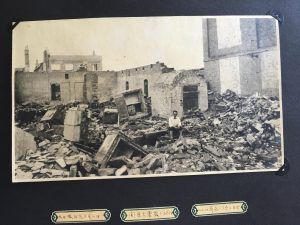 The Helm Brothers safe survived the earthquake, but everything inside was reduced to ash.  The picture below is of a bridge crossing Motomachi canal. I believe the building on the other side of the canal is the remains of the old French consulate, behind which was a road leading up to the Bluff. Halfway up the bluff was the first brothel that featured white women, or so my father had heard. 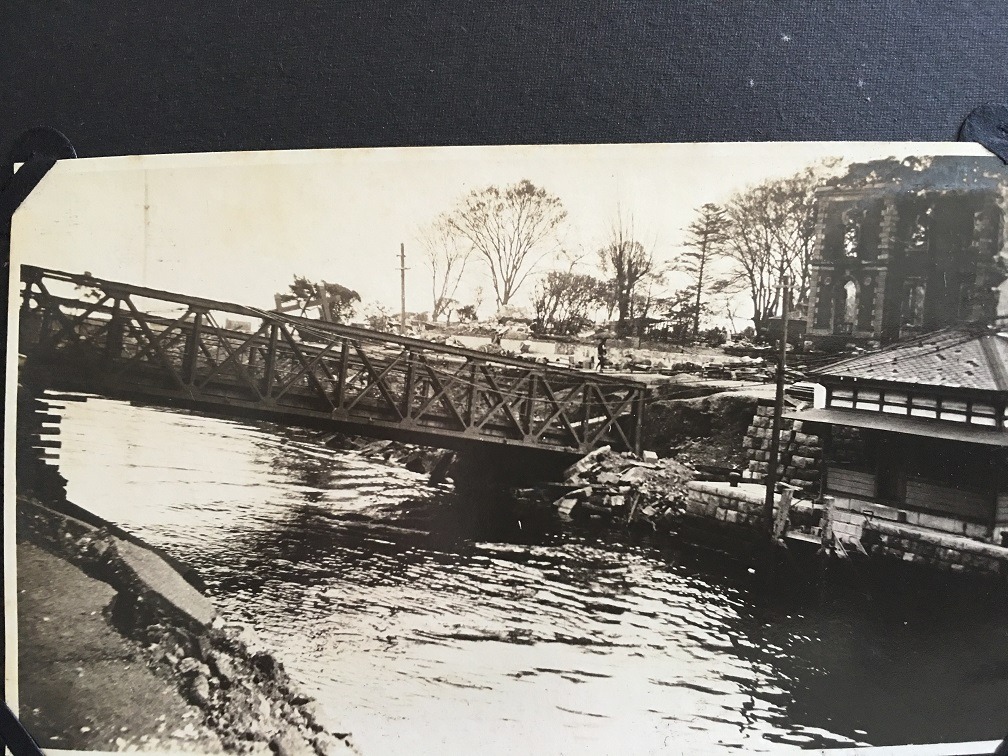 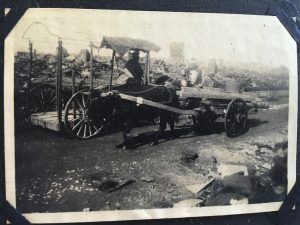 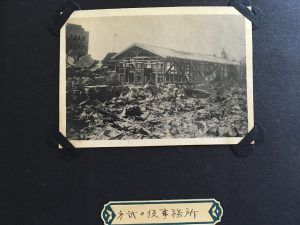