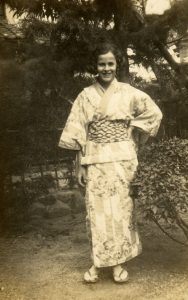 Barbara Helm in Japan and the Bay Area